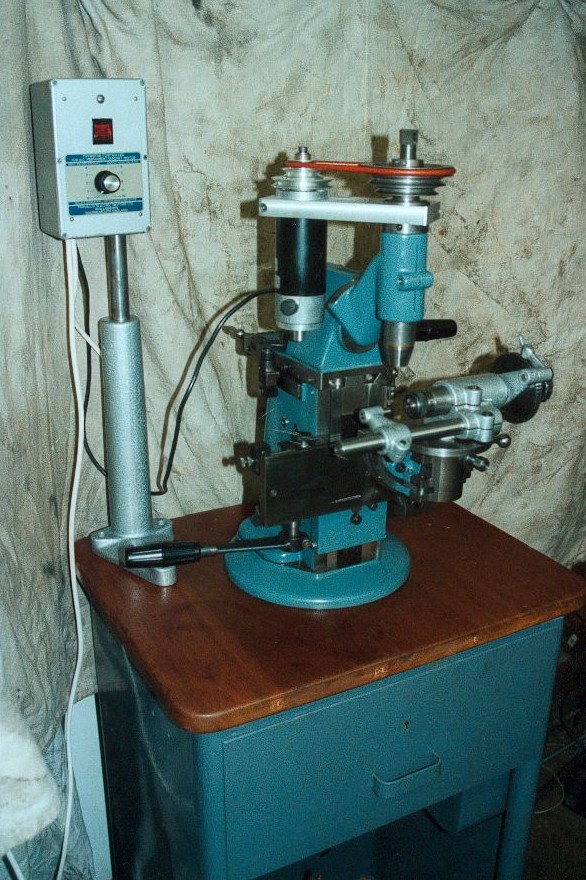 Forerunner to the F1 the Aciera F12 appears to have been briefly produced from just after the end of WW2 to the late 1940s. While slightly larger in capacity, the F1 closely followed the design principles of the F12. The major deviations between the two machines lay in the diameter and design of the cutter spindle and its driving arrangement.

The F12 employed a spindle with a tapered pain bearing at the cutter end and a pair of ball races at the pulley end. The external diameter of the cutter spindle was identical to that of the indexing spindle. The cutter spindle was driven by a 6mm round belt from a gimbal mounted motor held at headstock height on a cast iron column stand. The motor could be adjusted for height and rotated through 90º about its axis enabling it to drive the spindle when placed horizontally in the machine’s headstock or when the spindle was mounted in the vertical support.

Like the F1 the F12 had a spring compensated vertical slide and also featured both screw and lever operation, although only the longitudinal Y axis was actuated by rack and pinion. 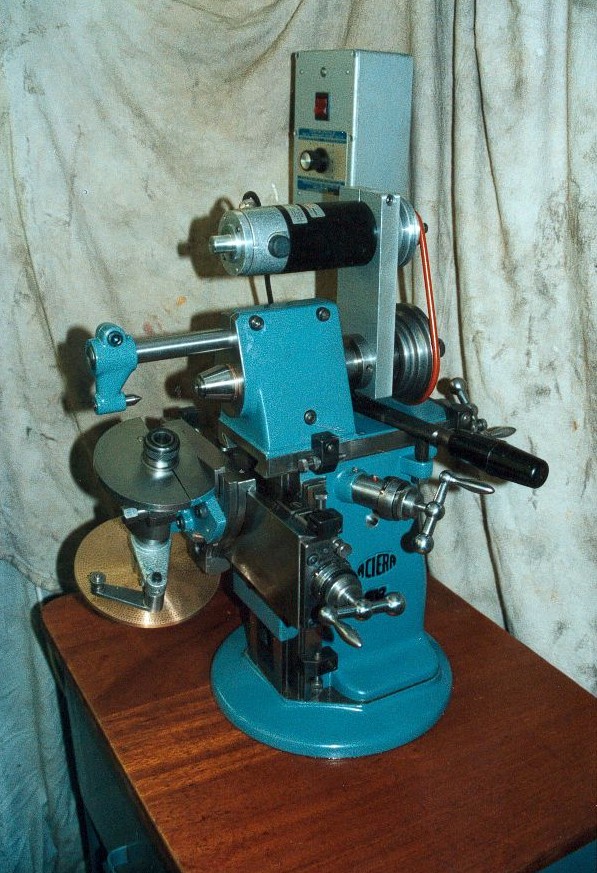 Like the F1 the F12 was made to be compatible with Schaublin’s 70mm centre height plain lathe employing the W12 collet in both the cutter spindle and the indexing spindle and while the latter also shared the SV70’s external spindle nose thread (M22.6 x 2).

Accessories were mounted to the longitudinal slide via an external male dovetail to which a plain table and universal carrier bracket could be mounted. Accessories such as vices, indexing attachment and rotary table were spigot mounted to a 35mm socket in the universal table. All later F1 accessories had the same 35mm spigot and are compatible with the F12. 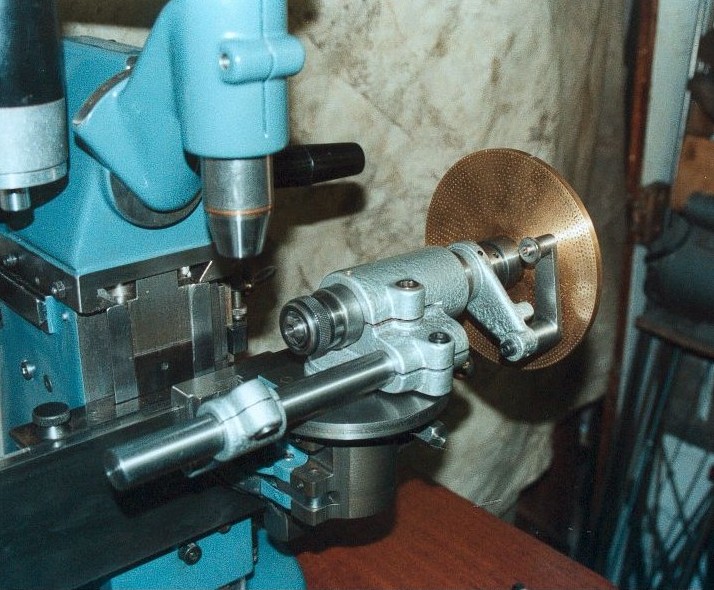 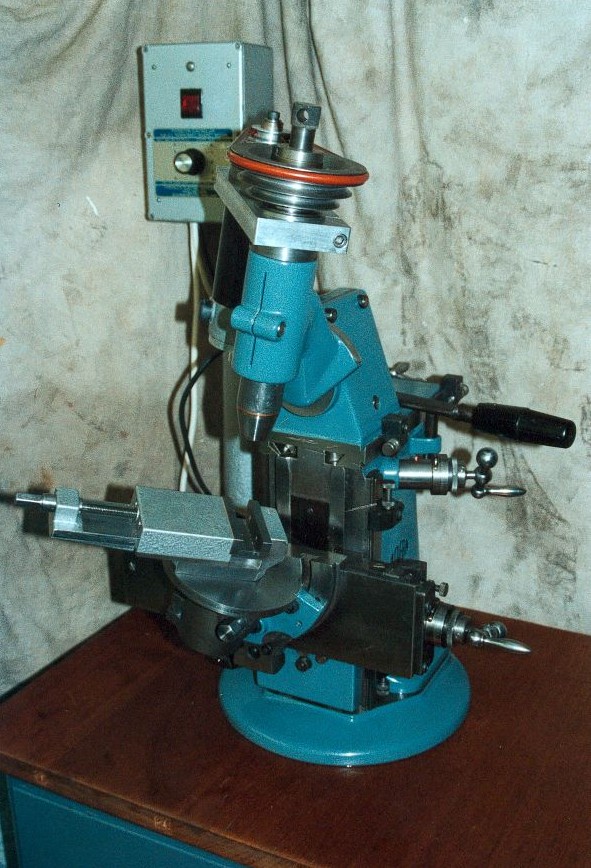 The machine shown here dated from 1947. When it came into my hands in the mid 1990s it was in extremely poor condition. The cutter spindle was very worn and the journals were re-ground and a new bronze bush made. The motor drive system was beyond repair and so I manufactured a F1-esque arrangement using a DC motor and speed controller. The machine is mounted on the original fabricated steel cabinet but the steel top-tray was replaced with an iroko-teak solid bench-top. The machine is now in the hands of a good friend and used as part of his precision engineering business on a regular basis.