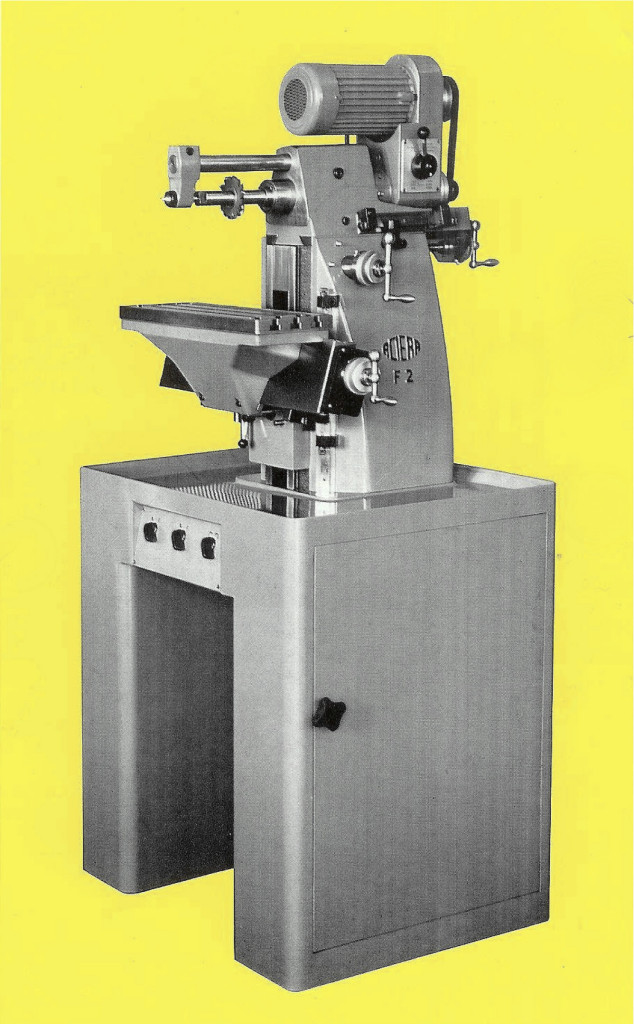 The F2 is probably the least likely Aciera machine to be encountered, with most reliable sources claiming the number of machines imported into the UK to have been in single figures. The production period of the F2 is very unclear since the importers, Adam Machine Equipment (AME), do not show the F2 in any sales literature known to me. However, I do know of a machine with an AME label showing that it was sold in 1961 and the manual available for download below dates from 1966.

According to one Swiss machine tool dealer, Aciera did not manufacture the F2 themselves and the machine was made in a technical school in the German speaking part of Switzerland. It seems likely that the machine may have been made to special order only and I would guess that worldwide less than one hundred machines exist.

In many ways the F2 can be seen as a scaled up version of Aciera’s F1 milling machine, and it was built to the same overall geometrical accuracy of 0.01mm. Cutter spindle design is almost identical to the F1, but at 65mm in diameter is massive in comparison. While the F1’s spindle assembly can be changed from horizontal to vertical with very little effort, the F2 is physically more demanding since the assembly must weigh in the region of 15-20kg! The six spindles speeds between 125 and 4000 rpm are identical to those of the F1 and obtained in the same way: endless flat belt to three stepped pulleys and gearbox giving direct and geared ratios. Unlike the F1 shifting between high and low necessitates reversal of the single speed motor (0.8hp dual voltage 3 phase – perfect for single phase VFD operation) to maintain correct cutter rotation. However, while the F1 employs Schaublin W12 collets, the F2 uses Schaublin’s W20 item (max through capacity 14.5mm) in both the cutter spindle and the indexing spindle. The latter also has Schaublin’s W20 chuck mounting nose thread making the machine a convenient companion to the W20 version of the Schaublin 102 lathe. 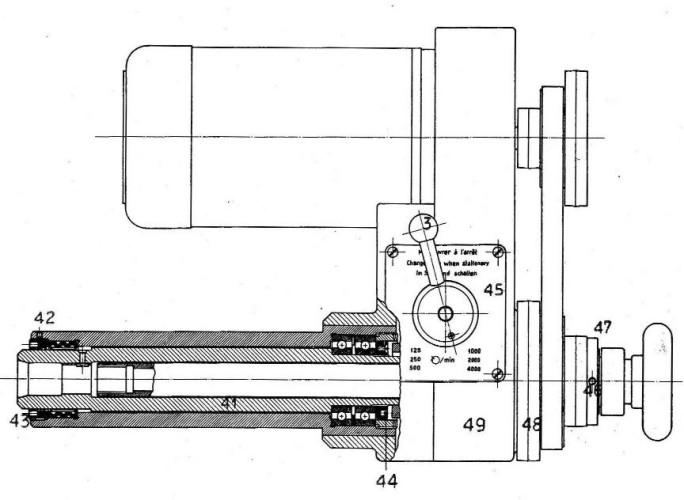 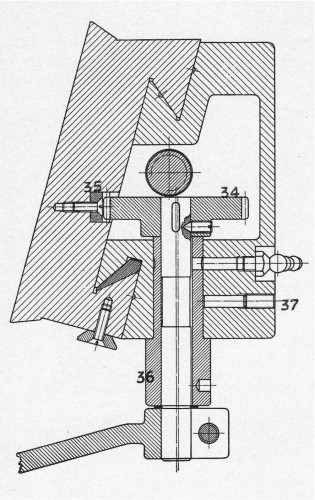 At 125mm for the X axis and 225mm for the Y and Z axes, travels on the F2 were also significantly larger than the F1. Like the F1, feeds are manually operated by levers or by ground trapezoidal feed-screws (4mm pitch or 5tpi). Cylindrical bronze nuts matched to the feed-screws were arranged in the same manner as on the F1. The standard plain table had a clamping surface of 150 X 450mm and was provided with three 10mm T-slots. A cabinet mounted machine had a footprint of 745 x 646 mm and weighed in at 250 kg without equipment. 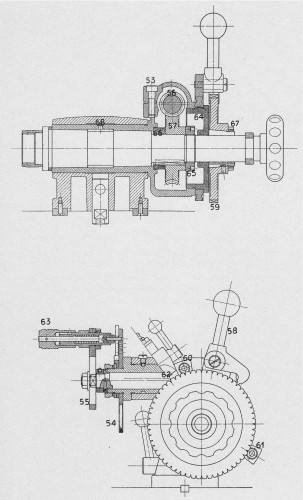 Following the F1, the F2 featured an external male dovetail for the mounting of accessories. The plain and tilting tables mounted directly to the slide while a tilting universal support with a bore of 45mm carried spigoted vices, indexing attachment etc. The principle departure from the F1 in design terms consists of the inclination of the Y axis slide away from the body of the machine by 15 degrees with all tables and accessories having a corresponding inclination. Why Aciera opted for this complicating design feature is somewhat of a mystery. As with the F1 the upward movement of the table is balanced by a large and adjustable clock-type spring and barrel located in the body of the machine. A wide range of accessories was available, some being dedicated to the F2, while some F3 accessories such as table mounted vices and dividing heads would also fit.

Evidently the F2 was not a sales success. Perhaps Aciera’s marketing department didn’t make potential purchasers aware of the machine, but like the Schaublin 12, the F2 falls into an odd size category. While the F2 was a considerable step-up from the F1 in terms of capacity, compared to the F3 it looked somewhat compromised by the lack of power feeds and required nearly as much room – why buy an F2 when the F3 was available?

Please contact me if you have further information or comments. 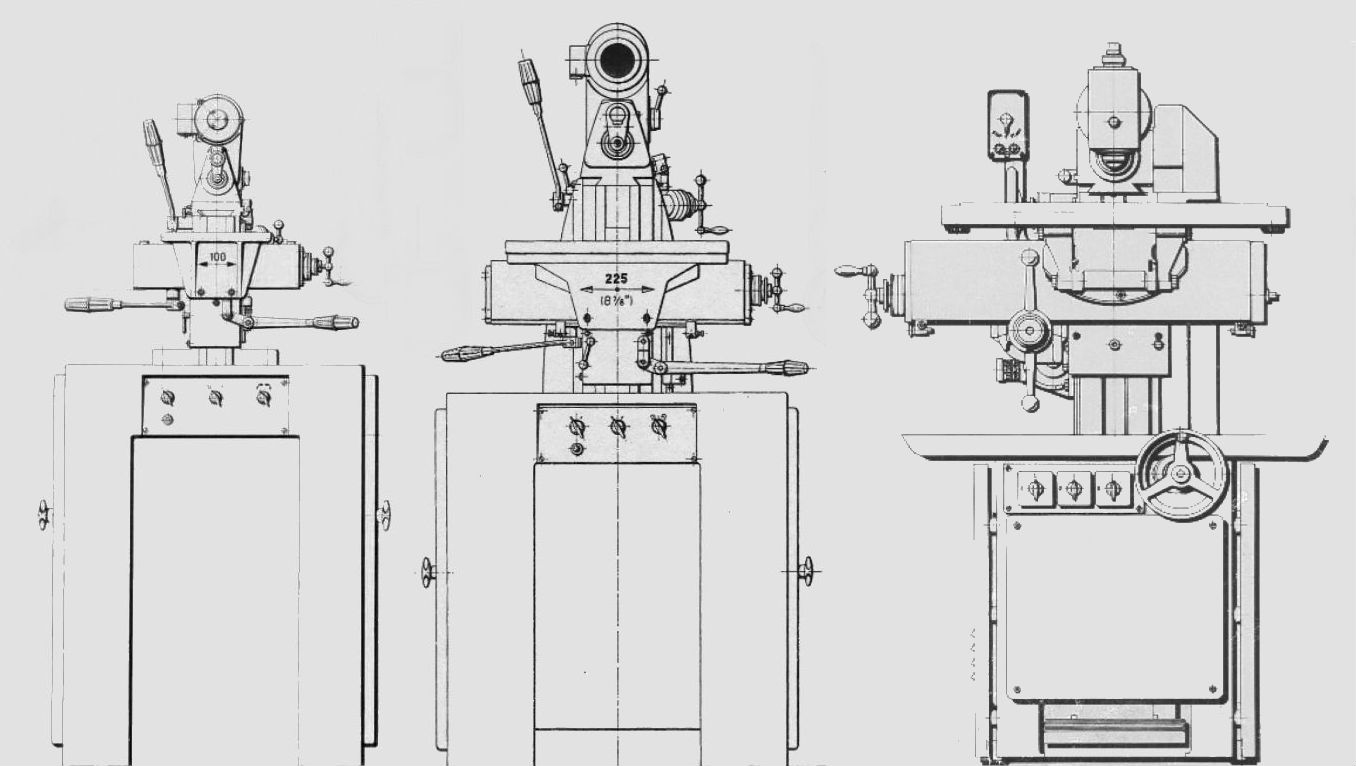 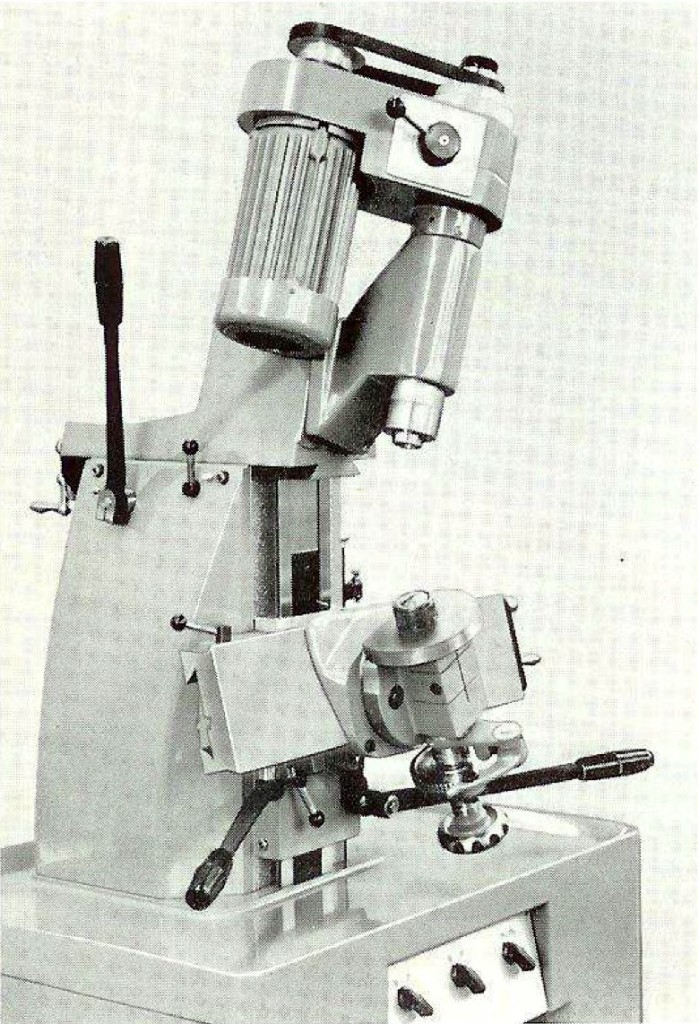 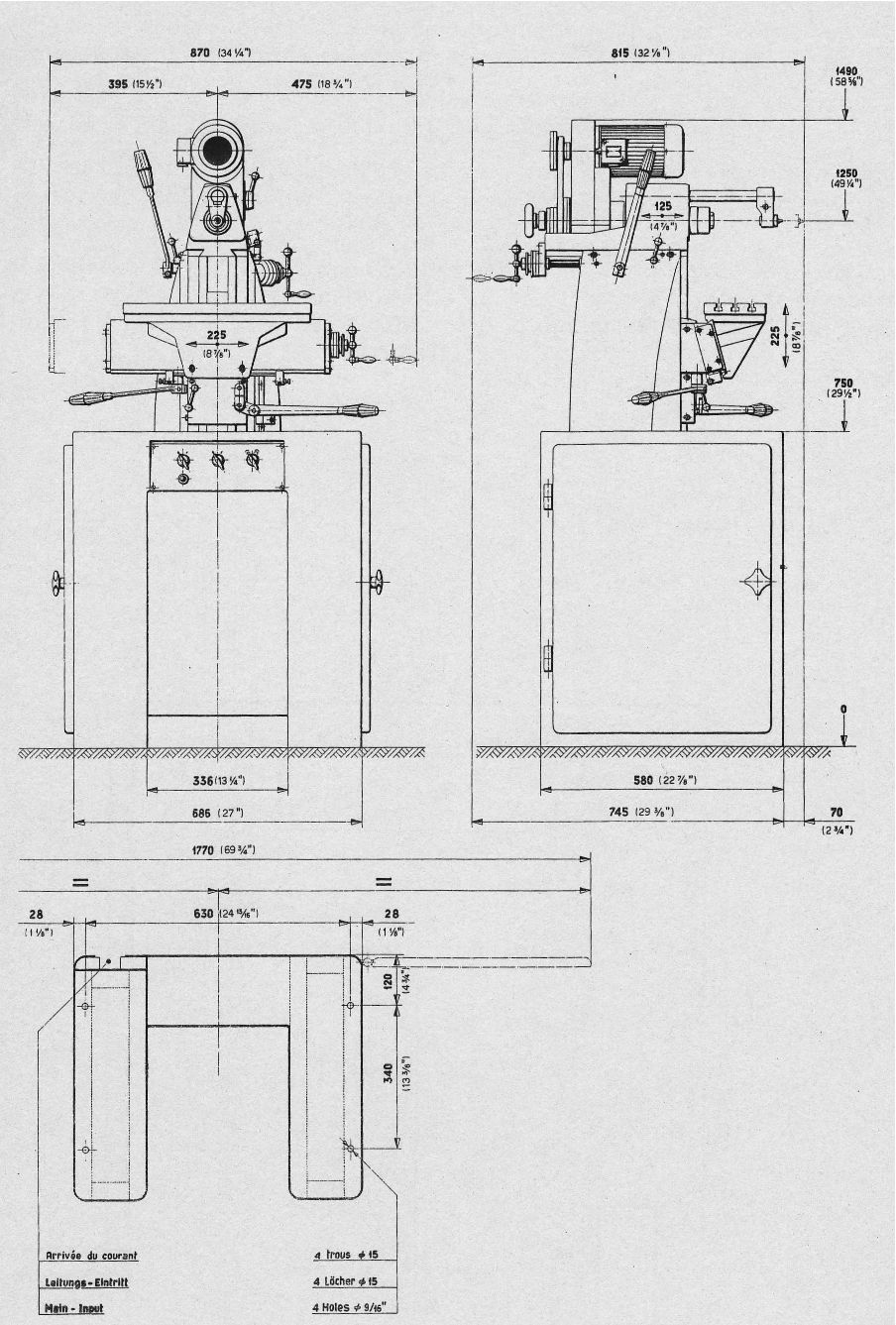