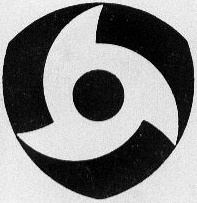 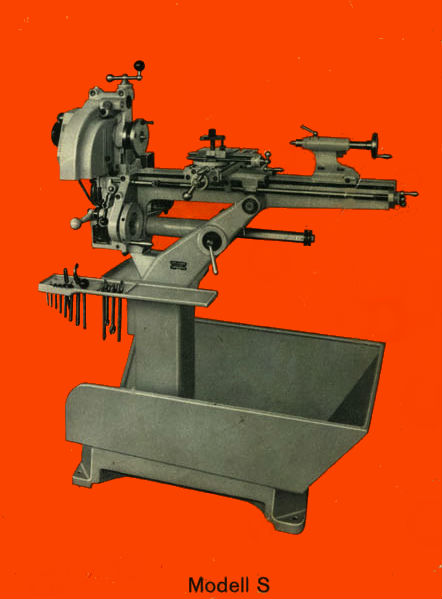 Manufactured for over half a century and formally known as the Astoba UW1, the Swiss made Meyer and Burger (later Richard) UW1 multi-purpose machine tool is based upon a lathe that can be swiveled into the vertical plane. The machine was available in two versions the model K and model S the principle difference being the length of the bed and the mounting of the machine. The model K admitted 420mm between centres while the model S admitted 610mm. 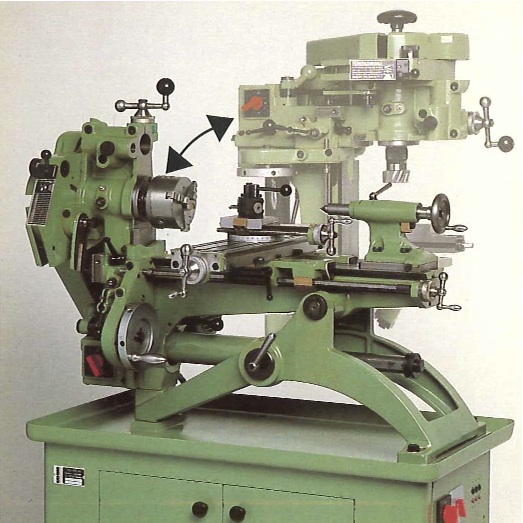 This ingenious machine can be transformed from a straightforward centre lathe into a horizontal boring machine, drilling machine, milling machine, slotting machine etc with relative ease. The movement of the machine from the horizontal to the vertical position was assisted by a large coil spring encased in the tube visible under the machine. The apron feedscrew nut was permanently engaged and to avoid laborious cranking of the feedscrew a handwheel (visible below the headstock) geared to the feedscrew provided rapid traverse as with a conventional rack and pinion apron drive. Power feed to the leadscrew with automatic knock-out stops was provided as standard with power cross-feed available as an optional accessory. 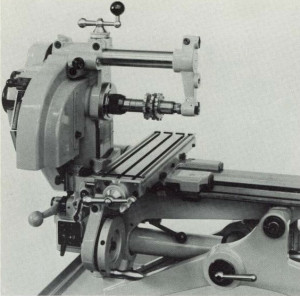 The headstock spindle ran in self adjusting taper roller bearings and could be ran at speeds between 75 to 4000 rpm. The spindle accepted the somewhat strange P type 22mm collets (a little similar to R8) which employ an internal thread and draw bar rather than tube. The headstock was displacable in the vertical plane by some 100mm (110-210mm) which provides the X axis when in the vertical position. The tailstock centre height is fixed at 110mm (a raising block was available to raise it to 210mm) and had a 1MT socket with 2MT on request. 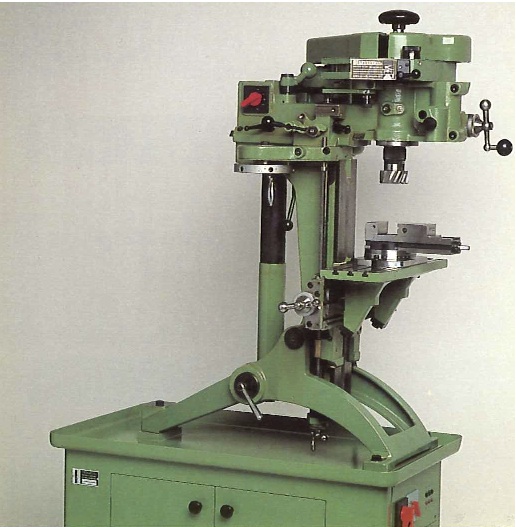 The lathe was easily transformed not only into milling machine but also into a horizontal borer, facing lathe and high speed drilling machine. Other accessories further enhanced the machine’s capabilities permitting just about any type of work to be tackled including cylindrical and surface grinding. 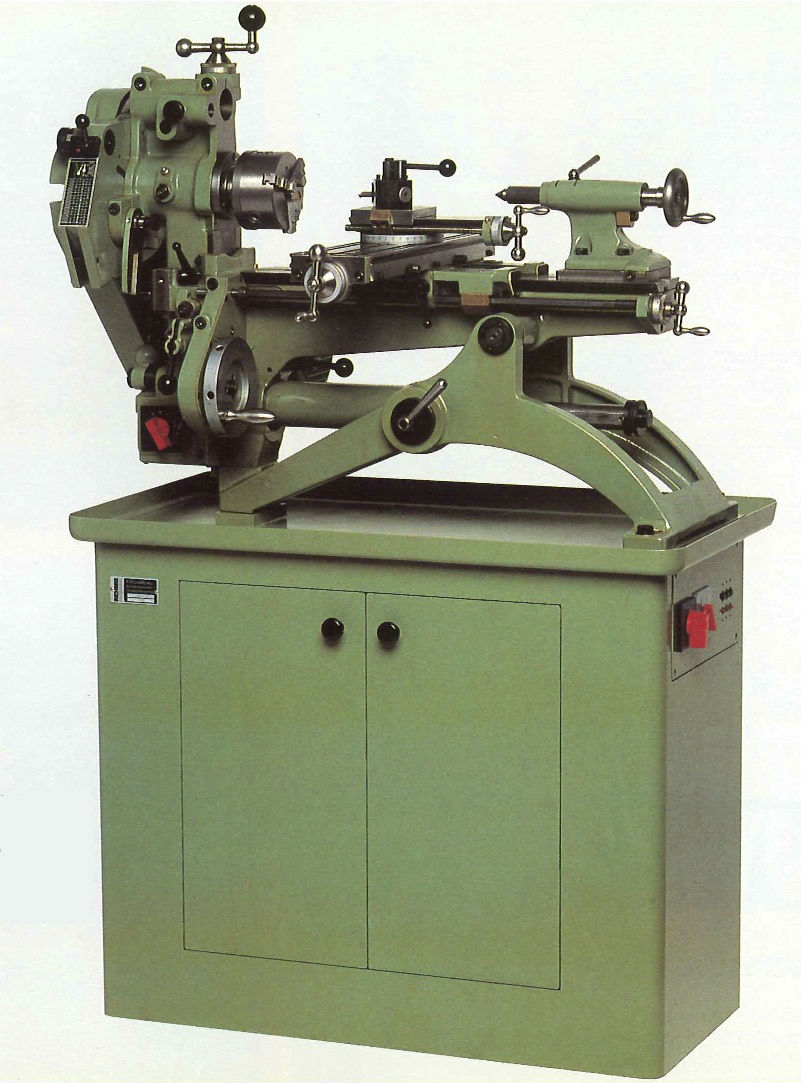 Today Meyer and Burger manufacture machines for the production of semi-conductor wafers: http://www.meyerburger.ch/en 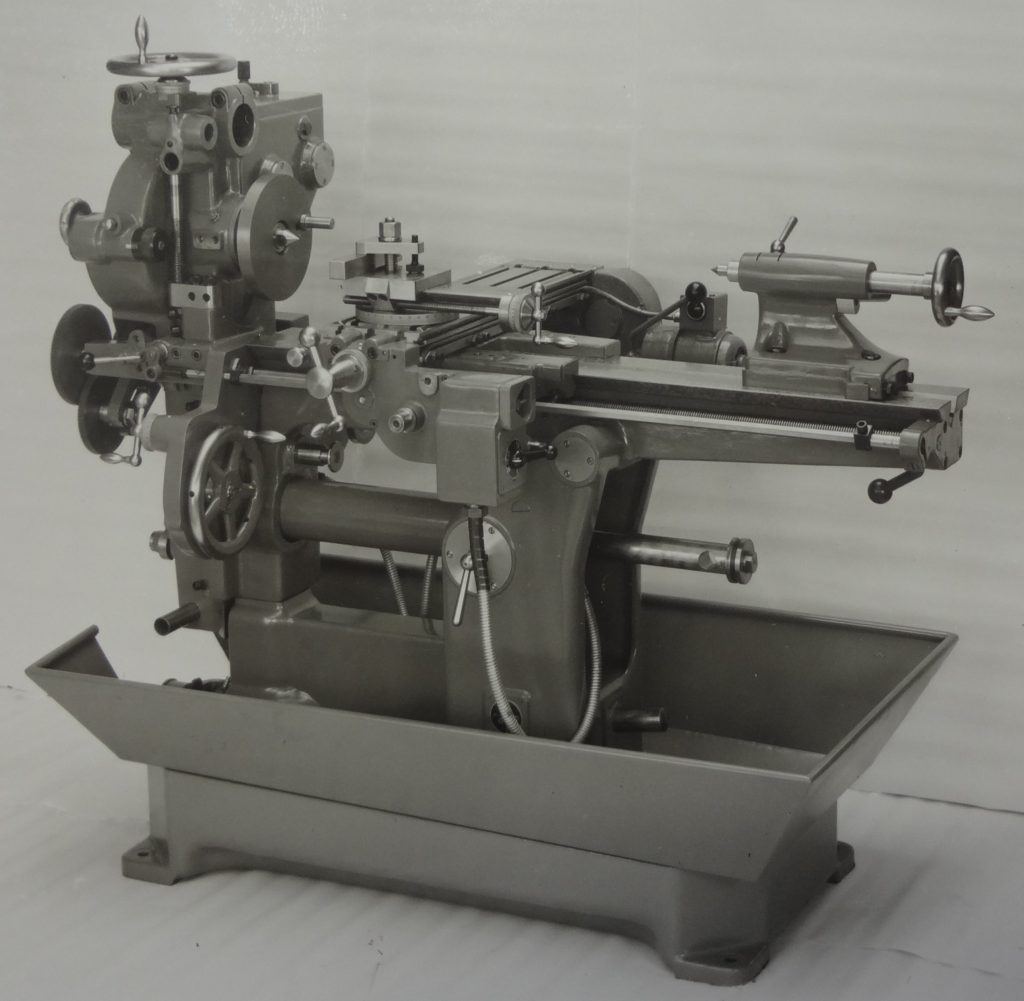 Very little is known about the mysterious UW2. This is the only factory photograph I know of. The UW2 is evidently considerably larger than the UW1 (see photo of the dividing heads from the UW1 and UW2 for a sense of scale). While constructed upon similar lines and principles of operation as the UW1, examination of the photograph shows what appears to be a gearbox  associated with the headstock spindle drive. There also appears to be a motor and gearbox assembly at the rear of the bed, but I’m unable to determine if this is associated with a drive to the carriage and/or the cross slide or with the movement of the entire machine from the horizontal to the vertical position. At some point at least one machine left the factory, and it is also known that in relatively recent years a machine changed hands on the second-hand market – although its present location is unknown. If you have any information I would be pleased to hear from you. 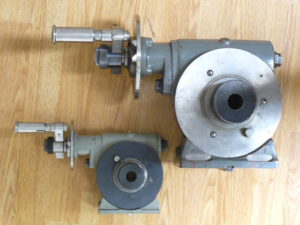