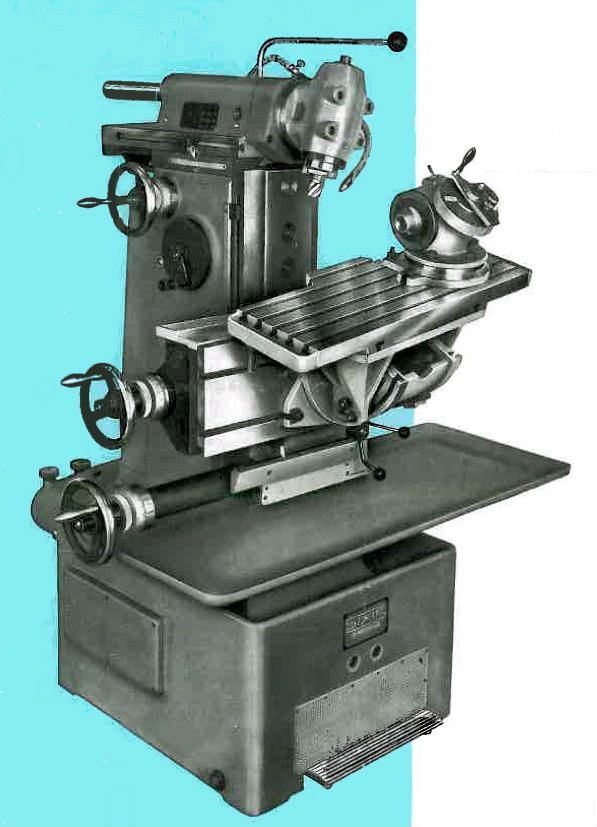 Made from the 1960s up to the liquidation of the manufacturer, Perrenoud et Fils SA, in the 1980s, these superbly made precision mills are very similar to the Schaublin 13, both in capacity and construction.

The ISO 30 horizontal head was driven via a three speed gearbox from a 1.25hp single speed motor contained within the machine base. With three motor pulley grooves and three gearbox setings, earlier machines had nine speeds from 60 to 1200 rpm whilst on later models these were doubled. Travels at 300mm longitudinal (x), 170mm headstock (y) and 400mm vertical (z) were a little larger than the Schaublin 13. Engaged by two conveniently placed levers just under the table, power feeds with knock-out stops were provided to the longitudinal (x) and vertical (z) axes. Like the Schaublin 13 these were driven by a feeds gearbox somewhat inconveniently positioned at the rear of the machine. However in the case of the 103, the eight speed gearbox was independently motor driven. Feed rates could be shifted whilst engaged and rapids were provided by a further motor and clutch operated by a foot-switch at the front of the machine. 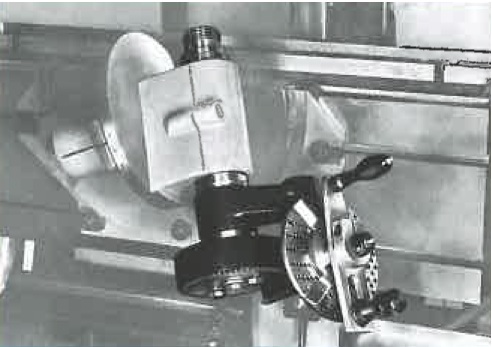 Two T-slots on the vertical face of the longitudinal (x) slide provided a convenient mounting point for tables, vices and other accessories (of which there were many). I had a very well equipped S103R as my main milling machine in my own workshop for a number of years and I found it to be a very capable machine. The only drawback to the early machines is the low top speed, however this can be increased without problem by using an inverter to power the main motor or alter the drive-pulley set.

Nice video showing many of the 103’s attributes