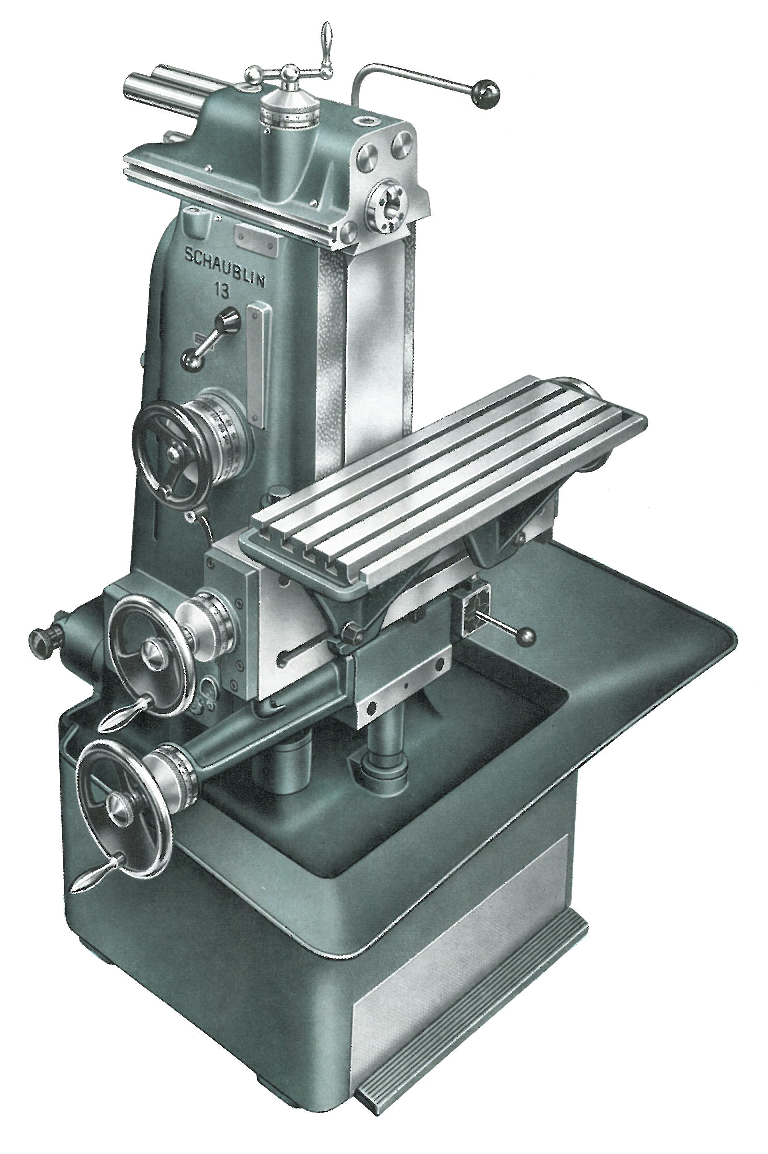 The Schaublin 13 is probably one of the most desirable small tool-room milling machines. More than 4400 machines were built between 1947 and 1988 and during this time a number of significant changes took place. All machines featured variable spindle speeds from the familiar Reeves-type belt-driven variator via a two speed gearbox and power feeds with rapids to the longitudinal (x) and vertical (z) axes.

Following the “continental pattern” of universal milling machines, the 13 was built around a large 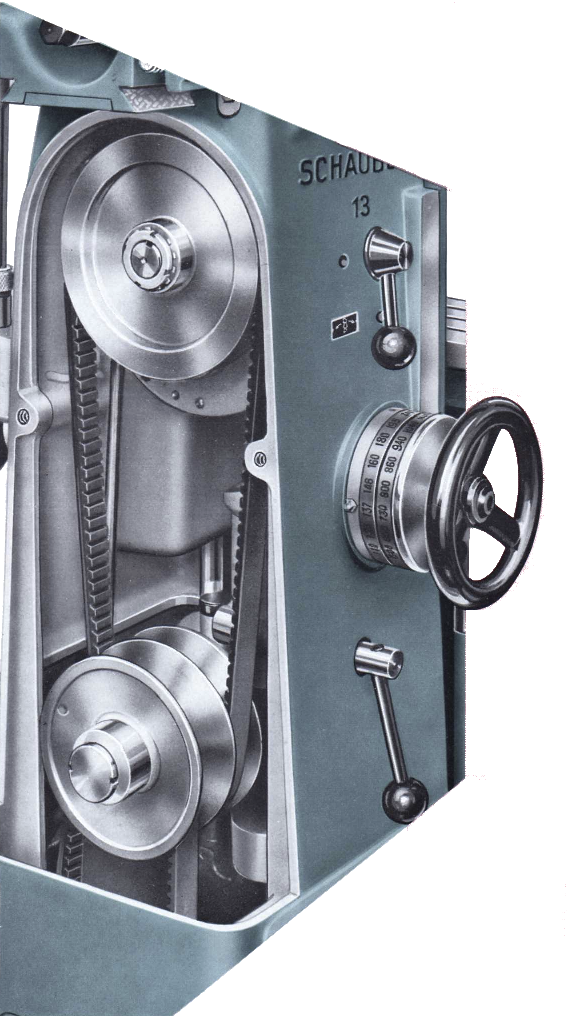 column body which carried the horizontal (y axis) and vertical (z axis) slides. The column also housed the two speed reduction gearbox and the spindle speed variator giving spindle speeds between 58 and 2000rpm. The cast-iron base, upon which the main column sat, housed the main single-speed motor which drove both the spindle and the feeds gearbox. The feeds gearbox, somewhat inconveniently located at the rear of the machine, had 8 quickly selectable feeds and featured an overload clutch as well as a clever device for preventing reversal of the feed when the motor direction was reversed. A “joy stick”  mounted below the table on the left engaged feeds for both x and z axes in either direction. A separate motor, controlled by the foot-bar at the front of the machine, imparted rapid feeds. The motor can be troublesome and is difficult to work on since it is only accessible from the underside of the machine. 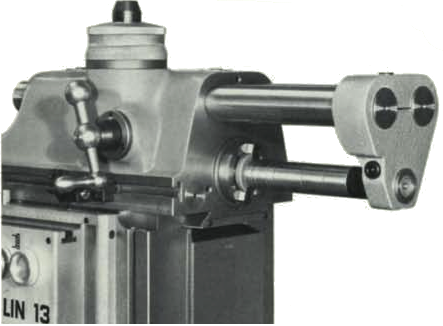 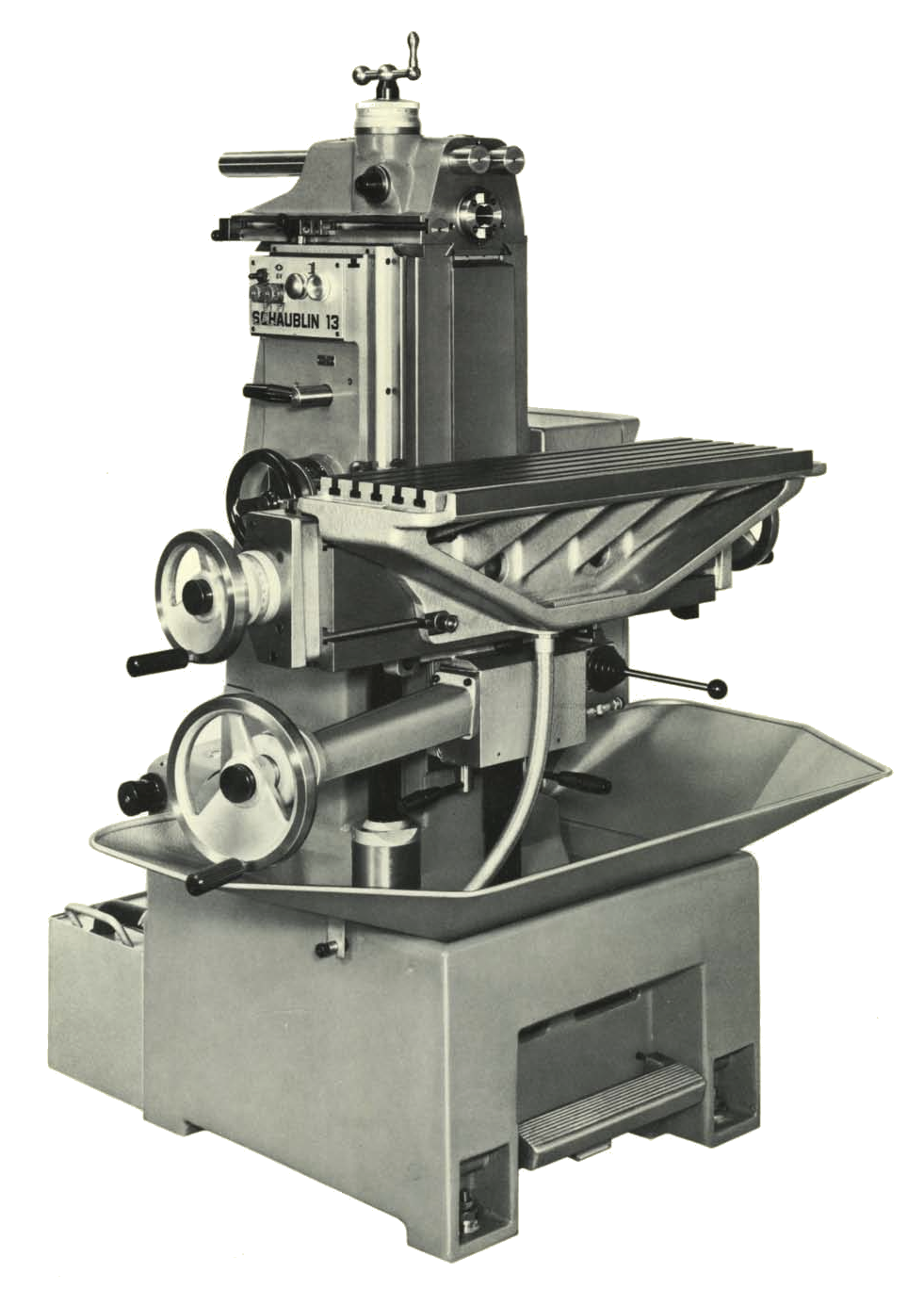 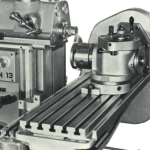 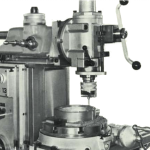 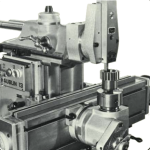 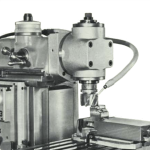 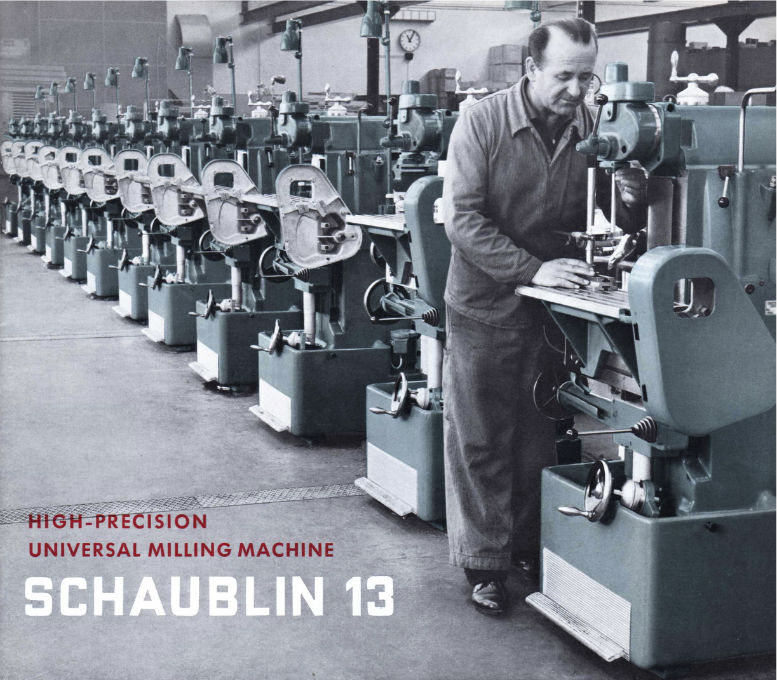 This rather nice factory photograph shows a row of machines fitted with high-speed heads. They’re also fitted with the gearbox used in conjunction with the universal dividing head for spiral milling.