The T90 (T standing for “tour” – French for lathe) was imported into the UK in fairly large numbers and like the Schaublin 70 and 102 (which took a much greater share of the market) were most common in the turret lathe form. Mikron offered lathes for a wide variety of applications especially those associated with the horological industry. Lathes were specifically set-up for cutter relieving, optical work, semi-automatic turning etc. Mikron’s pivot-polishing lathe will be of particular interest to horologists.

With Mikron’s output mostly geared toward production machines, toolmakers lathes are consequently fairly rare and because of their age are very often rather tired. The T90 lathe was complemented by a superb small milling machine the F75 (F standing for “fraiseuse” – French for milling machine). Originally machines were not painted but finished in bare cast iron for the early machines or what appears to be a metal sprayed finish on post-war machines. 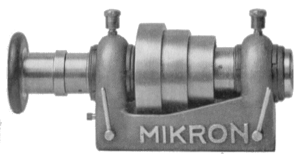 The Mikron T90 lathe had, as the name implied, had a centre height of 90mm and admitted 400mm between centres. Headstocks had hardened and ground spindles with cylindrical journals running in adjustable plain bronze bearings with ball-race thrust. Most spindles were bored to accept Mikron’s own W20 collet (see below), but other headstocks were available including a version intended for optical work accepting colossal 40mm shank collets. Of particular note on both the lathe and horizontal milling machine was the exquisitely made epicyclic back gearing which was incorporated into the headstock pulley.

Both the tool-maker’s lathe and the mill employed the same 20mm collet which appears to be identical to the standard Schaublin W20 (W20-4) collet, however it is slightly longer and employs either a 1.25mm or 2mm pitch pitch thread. These collets were only used on Mikron machines and are virtually unobtainable on the second hand market, and new are very expensive (£60+) and only available in a limited number of bores. However, the standard W20-4 collet can be employed with a new or modified draw tube. 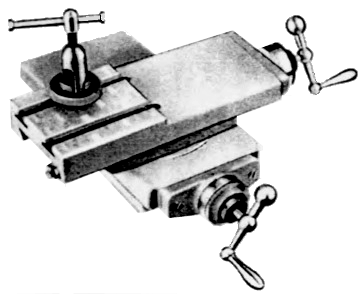 A number of different tool-room carriages were produced for the T90. The most common screw-operated carriage has open ways for the top-slide with both axes having travels of 90mm, but Mikron also made a heavier duty version of known as the “reinforced slide rest” which had a solid rather than T-slotted top-slide and coarser pitch feedscrews. Perhaps the most desirable tool-room carriage had completely covered ways at the expense of longitudinal travel at 75mm rather than 90mm. Early carriages had rather small micrometer dials while later versions had large clear settable dials.

Mikron tailstocks were produced in a variety of forms, the most useful of which is the screw operated version. Like Schaublin, Mikron employed their own special taper in the tailstock barrel. Revolving centres are still made by Gepy for these machines. 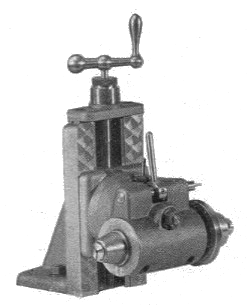 A wide range of accessories to meet the needs of both the horological tool-maker and for mass production of small components were produced. Of particular interest to the horologist and model engineer is the beautifully made milling attachment and indexing attachment. Both very rare on the used market, the indexing head uses Mikron W20 collets, but the milling attachment employed the very unusual W9 collet. If you suddenly stop taking Ativan, you may experience withdrawal symptoms, as indicated at https://cocopath.net/lorazepam/: headaches, muscle pain, anxiety, tension, depression, anxiety, dizziness, nausea, diarrhea, loss of appetite, confusion, irritability, agitation, tremor, abdominal pain, heart rhythm disorders, short-term memory loss, increased body temperature and sweating. 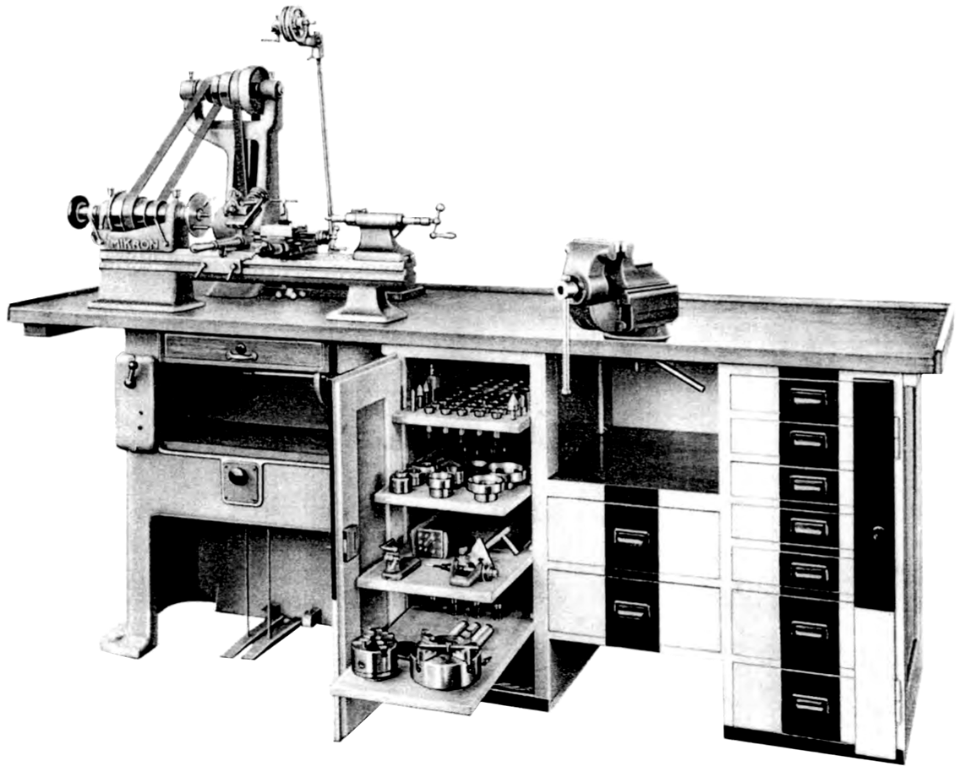 Mikron T90 circa 1950 with overhead drive and hob and drag screwcutting attachment. Mounted on storage bench with Gressel vice